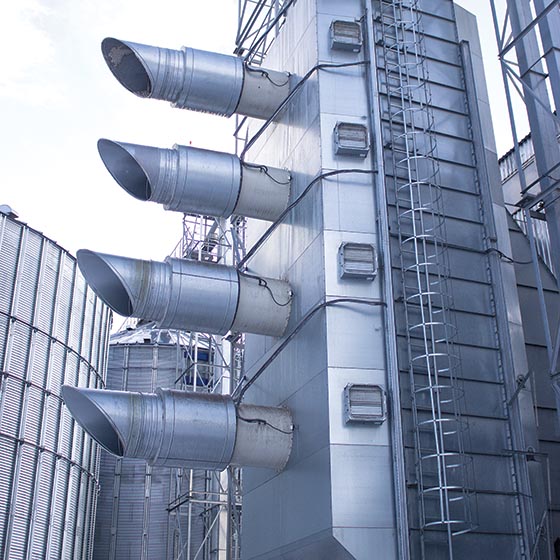 Dryers are designed for moisture removal from the grain (where one can include wheat, rice, barley, corn) through evaporation, which allows their further storage. According to grain storage technology, drying is carried out at temperatures below the boiling point, at certain temperature conditions, humidity level of humidity and air supply.

Humidity of grain collected from the field is mostly above 14 %, this seeds moisture percentage does not allow their subsequent storage and warehousing. There begins a natural process of microbiological fermentation of carbohydrates into alcohol, or citric fermentation, which appears while conversion of sugar solutions or starches into citric acid (provoked by lower fungi).

When designing grain dehydration installations, special attention was paid to creation of the systems that guarantee and preserve quality of both grain, and ecological environment.

Vertical grain distribution is based on gravity principle; it is regulated by a mechanism called guillotine, which is located at the drying tower base. This mechanism is of full opening, ensures uniform grain drying quality. The cycle of its opening is activated and controlled automatically from the control panel.

The drying process takes place during the warm air passage above the grain surface by a cross-flow, the grains in the dryer become more and more dry, going down closer to the base. In drying chambers, special cone-shaped cells are installed ensuring uniform air distribution and similar thickness maintaining of the grains, exposed to the drying process. All this allows obtaining optimal output while drying and optimal grain quality.

Electric fans are installed on the ground, which allows the use them both for air pressurization, and exhaustion.

Physical balance between grain and incoming warm air allows the letter one to enter the collector, getting soaked with moisture at the top part, without being soaked at the bottom.

Soaked with moisture air, supplied from the top of the tower is removed into the atmosphere through the tube, which is in the upper part of the collector.

Air from the bottom of the tower (air coming after cooling, as well as after heat generator participates in the last drying phase; it has the low humidity percentage and temperature of 40° C - 60° C) is sucked and sent the second heat generator for repeated heating and usage in grain dryer in the top part of the drying tower.

An important role is played by the middle part of the drying tower - between the depression phase and suction phase the upgrade zone is located, where grain is condensing its inner moisture on its surface, which in its turn evaporates on the last drying phase.

Equipped with gas injectors with the air two-stage or modulated flow, heat generators are characterized by the high performance. 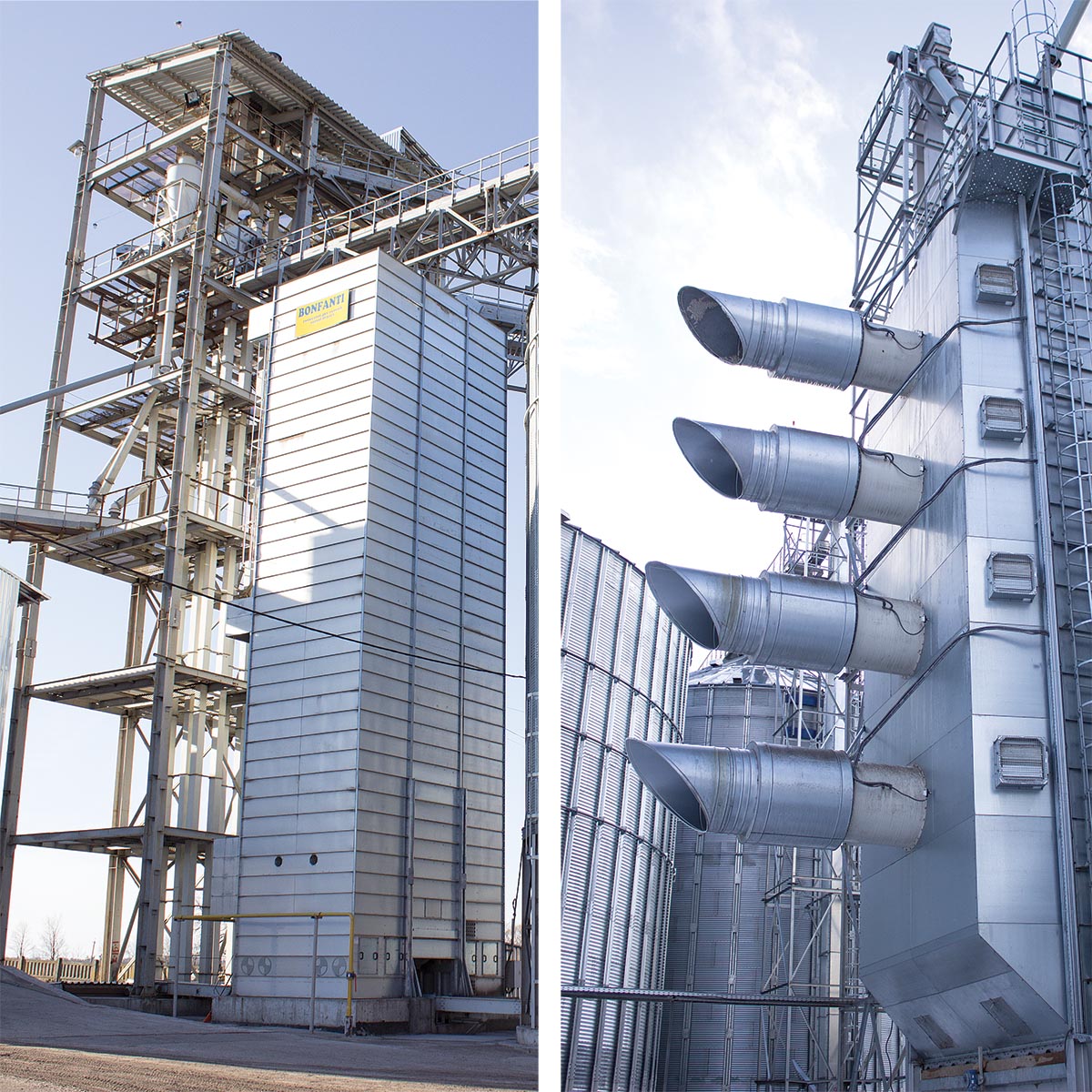